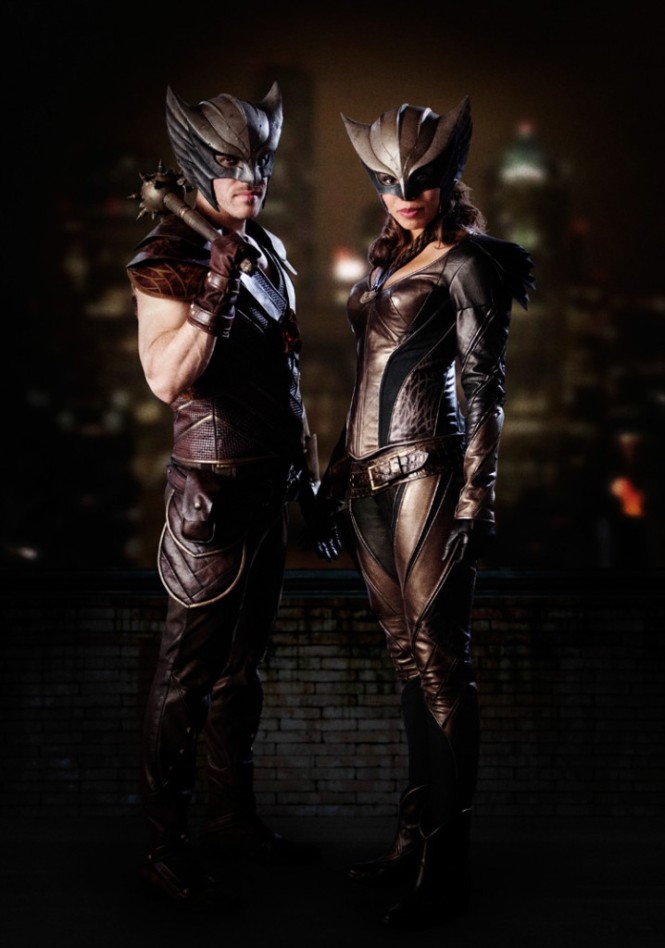 If you’re watching CW’s Arrow and The Flash, then you know they have recently introduced Hawkgirl and Hawkman as two reincarnated lovers doomed to be killed time and time again by the immortal assassin Vandal Savage. Savage has replaced the Hawk-family’s arch-nemesis Hath-Set who, in the comics, was eternally reincarnated alongside the two and driven to repeat the cycle of love and murder, and this convenient re-imagining of this ancient trinity sets the stage for the Arrow/The Flash spin-off Legends of Tomorrow which debuts on the CW on January 21, 2016.

An unfortunate side-effect of the intertwined nature of Hawkgirl and Hawkman is that it makes it impossible for viewers to get emotionally invested in the romance between Cisco Ramon/Vibe and Hawkgirl/Kendra Saunders which has been developing in the past few episodes of The Flash and all but fizzled in the latest episode of Arrow. This narrative issue plagues many television shows based on popular source material like Game of Thrones, The Walking Dead, and Gotham as well. The source material represents an impenetrable wall, a playbook for all possible actions, something that limits rather than frees up the writers for these shows. It is fate and it ought to be resisted.

The first season of The Flash posed a similar problem. Despite an epic lack of chemistry between Grant Gustin (Barry Allen) and Candice Patton (Iris West), we witness a newspaper headline from the future written by Iris West-Allen which suggest that Barry and Iris get married between now and 2024.

If we were basing the future on who has the best on-screen chemistry, it would be Gustin and Danielle Panabaker (Dr. Caitlin Snow) during the first season or Gustin and Shantel VanSanten (Patty Spivot) during the second season.

If you introduce the certainty of an Allen-West union as soon as the first season, you are doing one of two things: 1. setting up a battle between fate and free will, or 2. setting up a series of boring melodrama that prolongs the inevitable so long as ratings are still high enough. The latter almost certainly seems to be the way of the world with network television, but I still hold out for the former. I side with Fantasy author Patrick Rothfuss, who writes of his belief that children and young adult fiction should actually be held to a higher standard than adult fiction. So, what can we do to remedy this problem?

One of the things that pulled me into DC Comics after being a long-time Marvel junkie was the Green Lantern stories where Hal Jordan spat in the face of fate left and right, always throwing a wrench into the machinations of the universe. If Hawkman and Hawkgirl weren’t being set up just to be ported over to Legends of Tomorrow, then Kendra’s relationship with Cisco could be framed as an exercise of free will against the indomitable force of destiny. This wouldn’t be unheard of. In fact, there is a precedent for this lateral move in the comics. Prior to Blackest Night, Hawkman and Hawkgirl ignored their destiny as a power couple and Kendra Saunders even ended up dating Red Arrow for a while. Because the two Hawks didn’t fall in love, Hath-Set couldn’t find them and kill them. Of course, this didn’t last forever, but it proves that DC Comics has dealt with this issue in the past. The Hawkman and Hawkgirl fight against fate would be a seasonal arc, but it would frame the series-long arc of whether one newspaper headline means Barry and Iris must end up together.

When I run this idea through the standard comic book rubric of, “Will it sell and will it bring in new viewers?” it actually passes fairly easily. New viewers aren’t going to care if Barry and Iris end up together. Some will root for Barry and Iris (Barris?), while others will root for Barry and Caitlin (Baitlin?) and still others will root for Barry and Patty (Batty?) and nobody will be able to bully them by saying, “Nuh uh. That’s not how it happens in the comics.” The postmodern separation of the television show and the source material as free will and fate will make for more compelling stories and unpredictable endings. In other words, you’re not going to lose viewers because the show becomes dry and formulaic, and you’re certainly not going to lose viewers because The Flash is just a watered-down Smallville.

It is a little too late to keep the Hawkman/Hawkgirl/Vibe love triangle at full-strength, mainly because it is just too hard to support ongoing chemistry between main characters from two different TV shows (Hawkman and Hawkgirl from Legends of Tomorrow and Vibe from The Flash), but it is not too late for The Flash to take the risk. In fact, with an Iris West who is more than simply Flash’s girlfriend/future wife, Candice Patton might be written into some more interesting situations. She certainly seems more central this season, at least when she’s actually on the screen, but I’m thinking some more Blechdel-friendly solo development couldn’t hurt. Ultimately, I’m not saying that The Flash shouldn’t even consider bringing Barry and Iris together in the end, but it would certainly be refreshing if they presented a real alternative.