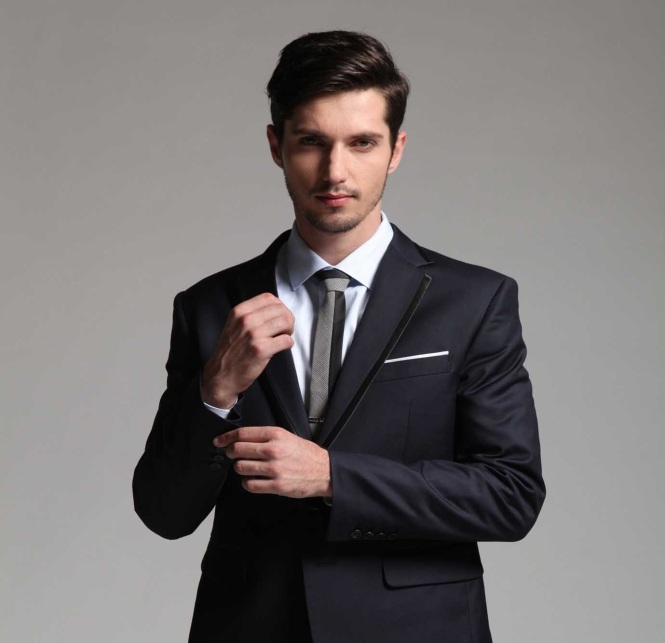 Some of you are probably asking, “Is it necessary to start so early when looking for a promotion?” I ran the question by one of my highest performing co-workers, and he said, “Well, yeah. If that’s what you want.” If it is your goal to move up at your company, no time is too early to start working toward that goal.

Here are some suggestions of things that you can be doing as soon as day one in order to get that promotion you’ve been looking for.

It is unlikely that I am the first source you have heard this advice from, but you always want to dress for the position that you want. Similarly, you want to make sure that you conduct yourself in a way that parallels the quality of your clothing. If you want to become a supervisor, for example, the best thing that you could do would be to make it hard to distinguish between you and your supervisor.

Is it possible to dress too nice? Clearly, this is a matter that probably deserves some discussion. I posed this question to a group of co-workers and the response seemed to be, “You don’t exactly want to wear a tucsedo to work.” There weren’t any clear reasons why you shouldn’t. My personal inclination is that you don’t want to dress too nice because it could either make it seem like you’re trying too hard, trying to cover something up, or making fun of the whole process.

For some of us, dressing and acting differently sounds quite a bit like conformity. The sad truth is that sometimes you have to make some sacrifices in order to get what you want. That said, I don’t think you have to throw away your entire identity to move up in the world. If you really feel confined, purchase a Batman tie clip or some Millennium Falcon cuff links. You should never sacrifice who you are in its entirety, because that is the person that your company hired. You are not some empty suit.

It never hurts to announce your intentions to your direct supervisor. A good supervisor will look out for opportunities where you can prove yourself to HR and management, give you guidance regarding the process of moving up, and explain to you their own experience moving up in the workplace. All of these are valuable. You can always talk to other supervisors, managers, anyone who has had an experience with climbing the corporate ladder. Even if they went through the same process as your direct supervisor, their own story will never be exactly the same simply because they are different people who observe different things.

I shouldn’t need to say this, but alas, it needs to be said. You need to have a good work ethic for this tip to have any value. If you don’t, and you still think you deserve to get a promotion, you are, as a co-worker of mine once said, “a chump.” This is another area where your direct supervisor can be a resource to you. If you are not meeting performance expectations, it is basically your supervisor’s job to help you get back on track. People who respond well to criticism are in many ways better than people who were doing everything right to start with because they know how to become what they need to be to get the job done. In fact, this attitude toward feedback is so important, I originally gave it a category of its own in the first draft of this article. While it is never too early to start working toward a promotion, it is never too late to become skilled at responding to criticism.

A good friend of mine is always telling me, “It’s a marathon, not a sprint.” Of course, when he says it he is responding to my cocky feelings about the Dallas Stars doing better than the Detroit Red Wings during the first month of the season, but this lesson also applies to your job. At just about anywhere you work, there is going to become a point when your job gets easy because it becomes second nature. Some call this “the plateau” and in my opinion this is the most dangerous time in your career because it will become easy to become bored, disenfranchised, or unmotivated. For some people the only option is to get another job and quit before you get fired, but since we’re talking about getting a promotion we will proceed by assuming that the termination route is not on the table.

There are many options for bettering yourself while at work. You can focus on gaining additional knowledge about company processes, you can help others who are still learning, or you can work on improving morale and effectivity. When it comes to this last idea, keep in mind that it pays to be proactive. I used to work with a woman who was highly skilled with sales and just an all-around well-organized leader, but she spent a lot of her time either waiting for ideas from our supervisor or waiting for permission to move forward with them. While I don’t fully agree with the whole “it’s better to ask forgiveness than permission” philosophy, you need to keep in mind that if you are not proactive you are actually putting more work on your supervisor’s shoulders. This doesn’t prove that you’re worthy of a promotion. All it proves is that you’re stressing your supervisor out.

There are also plenty of options for bettering yourself outside of work. Many employers now offer educational sponsorship worth $5250 per year to qualifying employees who are taking college courses pursuant to a degree that could be directly used to benefit the company. If this isn’t an option for whatever reason, many communities have a variety of different non-university training programs, some expensive, others cheap, some often free, and ranging from advancing typing skills to becoming an effective leader. Last, but certainly not least, is the wisdom you can learn from library books. If I had was given a promotion for every person I’ve seen reading Dale Carnegie’s How to Make Money and Influence People, I think I would be a CEO by now.

The main thing that bettering yourself does to defeat the power of the plateau is to freshen your experience and give you a new perspective. You are no longer simply an employee. You are a leader in training. You have effectively reinforced your motivation and reached escape velocity. Your promotion is much closer than it was when you were thinking about putting out resumes, and it shows.

If you study the stock exchange then you know there are people called “noise traders” who act erratically and destabilize the system. At every business there are also noise employees who spend all of their time complaining. In their own heads, they feel like they are seeking justice but in truth they are doing the same thing as the noise traders. Complaining is a perversion of a natural inclination to seek out and correct weaknesses in a system. The best way to express feelings of discontent is to identify the problem, understand the conditions that create it, and generate plans to overcome the issue. People don’t get promoted because of poignant complaints. They get promoted because of elegant solutions.

This might just be my squishy, hippy-oriented side, but I really believe that you succeed more the more you help others to succeed. The Empire would have found and killed Luke Skywalker before his training on Dagobah was over and completed their oppression of the galaxy if his friends hadn’t kept Darth Vader’s attention playing cat and mouse in an asteroid field. Voldemort would have conquered the whole world if Harry Potter hadn’t valued all of his marginalized friends, magical creatures, and the like. The true power in this universe shows up in web form, not in a single point. You are only as good as the people you gather around you, and you gather better and better people when you don’t throw them under the bus.

Every co-worker is a potential future recommendation, and this process works both ways. Every co-worker you alienate is a burned bridge toward your future.

If we’re talking in economic or art terms, what you want to do is build a portfolio of your professional value to your company. If you’re more inclined toward medican analogies, we are talking about identifying chronic and acute symptoms of success. Examples of chronic symptoms of success are general qualities, attitudes, or habits whereas acute symptoms are times when you were the best at something, the most of something good or the least of something bad, or unique incidents when you went above and beyond. In general, you want to identify times when you have made or saved the company money. Issues of quality are important, but if you can quantify the benefit you bring to the business it makes you much easier to promote. What sounds better to you? “Justin has a winning personality,” or “Justin increased profits by 20% in his first year with the company.” In many situations, your superiors will already know what you bring to the company, but you want to go into this as if they do not. You can make fun of the fact that I am an Eagle Scout, but I always prefer to err on the side of being more prepared than less.

I didn’t really include anything about creating a fantastic resume or wowing everybody with a  great interview because we already spent some time with that on the previous post. That said, if you have any specific questions about resumes and interviews, lets get them on the table. All of these suggestions are based on my experience and ratified by my previously mentioned high-performing co-worker, but if you have other experiences we can certainly benefit from them.