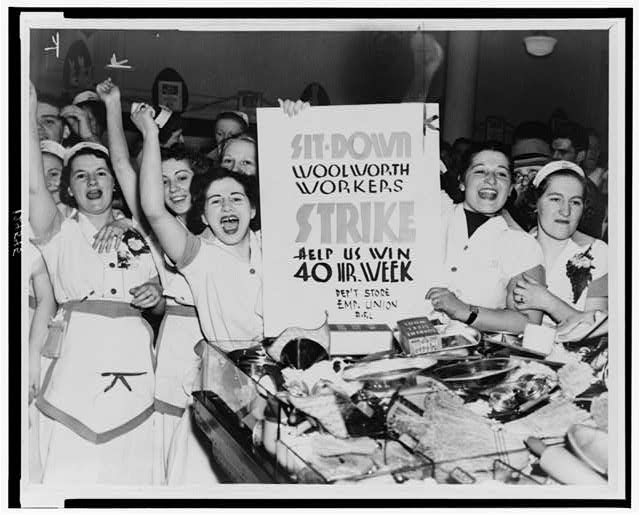 When Henry Ford rolled out the 40-hour workweek at Ford Motor Company in 1926, Ford did not view this move as any sort of sentimental decision or technical innovation in itself. He believed that workers getting paid the same for working fewer hours was a natural progression stemming from progress in industrialization and corporate organization. In an interview with Samuel Crowther titled “Why I Favor Five Days’ Work With Six Days’ Pay,” Ford said,

It is the rise of the great corporation with its ability to use power, to use accurately designed machinery, and generally to lessen the wastes in time, material, and human energy that made it possible to bring in the eight hour day. Then, also, there is the saving through accurate workmanship. Unless parts are made accurately, the benefits of quantity production will be lost-for the parts will not fit together and the economy of making will be lost in the assembling. Further progress along the same lines has made it possible to bring in the five day week.

A further benefit of Ford’s decision to enforce a 40-hour workweek is that his employees, and the employees of all other businesses who followed suit,* would have more leisure time to enjoy (and more money to spend on) the products of their labor, especially Ford automobiles.

While Ford believed that the 40-hour workweek was a natural bi-product of changes in modern industry, he was adamant about the fact that it is not the ultimate end for labor. Ford was merely dealing with economic concepts of efficiency that he believed to be proven quantities, but he imagined that more decreases in the workweek, probably fewer hours worked in the day rather than fewer days worked in a week, were on their way. Ninety years later, we’ve made plenty of advances in industry and the implementation of Internet-based business processes alone might be enough to renew this discussion. Is the 40-hour workweek outdated? What would we replace it with?

In February of 2000, under the supervision of Prime Minister Lionel Jospin’s Plural Left party and Minister of Labour Martine Aubry, France passed legislation for a 35-hour workweek. During the sixteen years since the ratification of the 35-hour workweek, it is still unclear whether the nation has seen any benefit. On the one hand, France has remained one of the most productive nations in the EU. On the other hand, France has seen its fair share of economic trouble in recent years. Simultaneously, we are seeing movements in France both to raise the workweek to 40 hours and to lower the workweek further to 32 hours. Unsurprisingly, at least for American audiences, these reform movements fall along party lines, conservatives favoring more hours in the week and liberals favoring fewer.

First and foremost, setting a 40-, 35-, or 32-hour workweek means that any hours above that amount will be paid at a higher rate. Second, I am not certain how benefits work in other countries, but in the United States this would also mean that anyone working at or over this threshold of average weekly hours would have access to company-sponsored health care and all other benefits earmarked for full-time employees. Finally, if we are to remain with the spirit of Henry Ford, employees would need to get somewhere between a 12.5% and a 20% raise across the board in order to make as much money as they would have working 40 hours a week. In other words, if you made $50,000 per year working 40-hour weeks you would still deserve $50,000 per year if you were working 32- or 35-hour weeks.

Ford moved for a 40-hour work week based on cold business facts, and I think we should continue accordingly. Statistics point to some serious flaws in our current system of labor. An At Task survey of US employees working for large companies (1000 employees or more) and conducted by Harris Poll found that 45% of the work day is devoted to primary job duties whereas 55% — the majority of the day — is devoted to emails, meetings, administrative tasks, and interruptions. Perhaps more frightening was another survey which suggested that US employees spend, on average, 1.5 to 3 hours doing private, non-work activities while on the clock each and every day. Assuming a five-day work-week, this means that employees are “cyberloafing” for 7.5-15 hours each week, which is 19-38% of their time at the job, and if removed completely it would suggest that we are ready for a drastically shorter workweek of between 25 and 32 hours per week. Several other reports concluded that 70% of traffic on pornographic web sites takes place during traditional working hours, 60% of online purchases are made between 9am and 5pm, only 13% of employees report feeling engaged at work versus 26% who report feeling actively disengaged, and 17.7% of people who waste time at work report that they just don’t have enough to do.

There are a plethora of negatives associated with working more hours as well. Jobs with overtime schedules (more than 40 hours per week) have a 61% higher injury rate than jobs without, and in general the more hours you work the more likely you are to suffer illness, injury, or cognitive impairment. The following problems have been associated with working too much: hypertension, cardiovascular disease, fatigue, stress, depression, muskuloskeletal disorder, chronic infections, diabetes, general health complaints, all-cause mortality, occupational injuries, injuries, dementia, and impairment to cognitive processes, vocabulary, reasoning, grammar, and alertness.

What this data says is that something has to give. Clearly, employees are not working as efficiently as they could be, and that cuts into profit margins. Also, few things can take a business into the red faster than on-the-job injuries. What is not clear is whether or not reduced hours would solve all of these problems. I would like to entertain the possibility that we could solve these inefficiencies by pushing for a 25-hour work week, but there’s always the possibility that wasted time will always be assessed as a certain percentage of your workweek and we’d have the same problems with a shorter one. As for the physical and mental harm that results from working too much, most of the associated studies were focused on people who were already working more than 40 hours per week. If we were comparing between 32- and 40-hour schedules we might have some better ground to stand on, but when your control group is people working 40 hours and your experiment is people working any number of hours more you would have to engage in dangerous extrapolation to draw conclusions regarding people working 25-, 32-, or 35-hour workweeks.

Though it certainly would have fit well with Franklin Roosevelt’s platform, Henry Ford’s decision to push for a 40-hour workweek preceded FDR’s New Deal legislation by about a decade. Since that time, the federal government has codified the 40-hour workweek, but its popularity originated in the private sector. On the flip side, France’s 35-hour workweek originated within its own federal government. As we court the idea of a reduced-hour workweek in the United States, the question remains as to whose jurisdiction this problem pertains to, the private sector or the public.

I think the hope would be that we could find an executive at a big business who could become the mouthpiece for a 32-hour workweek in the US, an individual who could enact an enormous change the way that Ford did nearly a century ago. A few years ago, Ryan Carson of Treehouse Island, Inc. in Portland, Oregon enstated a 32-hour work week for all employees at his tech startup. Carson became an avid supporter of reduced weekly hours to the point that he was the subject of a documentary titled “The Case for the 32-Hour Workweek” by The Atlantic. Unfortunately, two months after the video started making waves Carson abandoned his 32-hour philosophy in order to keep up with his company’s growth. The way this video blew up on social media suggests that there were parties in the US who wanted to turn Ryan Carson into the new Henry Ford, but Carson’s return to the status quo almost certainly reversed the effect of his previous advocacy.

I would love to say that the American people could could push for a 32-hour workweek by writing letters to the appropriate representative or senator, but I am not 100% convinced that government intervention this early in the discussion is the answer. There are many highly productive countries with shorter workweeks than the United States, but so far as I know France is the only one who made this happen through government intervention. On the other hand, in a political climate where we hear more and more about deregulation and the dissolution of unions — that’s what we’re hearing in Michigan, at least — I am troubled by the idea of placing our trust for progress in the hands of CEOs. While the bubble for the minimum wage struggle has clearly begun to pop, I fear that we are going to need a heaping helping of research and a whole lot of activism before we can legitimately talk about a shortened workweek. When Ford made his announcement, he’d been playing with the idea for years. What the people need now is research and development, small businesses taking risks on working less hours, getting results, big businesses noticing these results, taking risks themselves, getting results, and reaching a critical mass that forces an amendment of current labor practices.

Earlier today, a bored co-worker asked me about my current research. After we cleared up the fact that I was talking about the 40-hour workweek and not Timothy Ferris’ self-help book The 4-Hour Workweek, which I haven’t read and therefore do not yet have an opinion about, we talked about what 40-hour workweek legislation entails. What resulted was a discussion of what businesses can and cannot do. Because of labor legislation, a business is required to pay extra for any hour over 40 hours, but there is no federal law that says you can’t pay extra for over 32 hours, or 25, or 1 for that matter. Obama is not stopping employers from providing benefits to part-time employees either. Businesses in the United States are able to tweak pay rates, hours per day, days per week, benefits, and conditions as much as they want so long as they meet certain standards. If you want a shorter workweek for employees nationwide and you own a business, start with your own employees. If you’re a consumer, do your research and support businesses who are taking the plunge and embracing a shorter workweek. There are always things that we can do. If you know of any other avenues we can explore in reference to updating the workweek, let me know. I would be especially happy to talk about current movements tackling this issue because such protests were surprisingly absent in my research. Let’s talk about work efficiency and labor justice and hopefully our discussion can fuel further posts.

* It was Ford’s belief that all businesses in this nation needed to follow suit and give their employees a 40-hour workweek. In the same interview, he said, “The industry of this country could not long exist if factories generally went back to the ten hour day, because the people would not have the time to consume the goods produced.”

5 thoughts on “The Twilight of the 40-Hour Workweek”