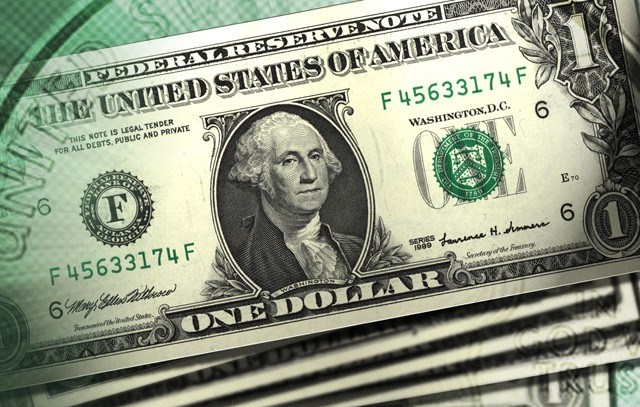 I really enjoyed researching the Fight for $15 movement, the history of the federal minimum wage, and doing the calculations that are missing from most of the economic articles that we are all reading, and it was also really fun engaging in discussion with others who have concerns about this issue, but what I realized is that the discussion isn’t over. We talked about some fundamental policy issues that affect the future of our country, but we are currently heading into a primary election in the next couple of months and a general election in just under a year. There has never been a better time to discuss the presidential candidates’ positions on all of these issues than right now.

If you couldn’t already tell, my personal stance on the federal minimum wage after conducting quite a bit of research was that we should have a $12 minimum wage that is phased in over somewhere between three and five years, the wage needs to be supplemented by an expanded Earned Income Tax Credit (EITC), an overhaul of the IRS, and support for even higher increases in state and city minimum wages assuming the mathematics (minimum wage = 1/2 median wage) works. Despite the fact that these numbers are not universally supported, I thought they would be a good starting point for an analysis of how seriously the candidates are taking this issue.

Of the Democratic candidates, there are two who take their talking points directly from the Fight for $15. Both Bernie Sanders and Martin O’Malley fully support a $15 minimum wage. While there is certainly a lot of potential for financial danger in suggesting that every square inch of the United States of America can support a $15 minimum wage, I think what Sanders and O’Malley are telling the American public is, “We see you and we hear you.” Before we all start yelling about the fact that these Democrats are going to sink the boat of the American economy with their radical spending, keep in mind that both the House of Representatives and the Senate are currently majority Republican. This means that a $15 minimum wage is simply the starting offer in a series of aggressive negotiations that are likely to take place if either Sanders or O’Malley are elected.

This leaves Hillary Clinton, whose proposed policy for raising the minimum wage to $12 per hour is receiving great reviews from some of the best economic analysts and whose plan is basically identical to my own after conducting extensive research. This falls short of the $15 per hour demanded by Fight for $15, but Clinton has also said that she will support the fight for a $15 minimum wage in cities and states where the economy will support such an increase. This is maybe not the universal support that the Fight for $15 would want from Clinton and those involved in the movement are probably already not too happy with Clinton’s relationship with super PACs and other high rolling sponsors, but her nuanced approach to the issue might actually be the best of both worlds.

We know that the EITC is a great option for increasing the effective wages of people with low income, but what is unclear is how far we ought to go with the expansion. Jeb Bush thinks that we should double the EITC benefits for childless filers, and expand the program for filers between the ages of 21 and 24. Ted Cruz believes that the entire program needs to be expanded by 20% and John Kasich thinks 10% would be the best. No other candidates have any clear plans for the EITC. One thing that is clear is that for the EITC to be efficient, we need to restructure the IRS. A properly functioning EITC would probably be a more efficient wage booster than any other social welfare program, so part of me thinks that none of the proposed increases by Bush, Cruz, and Kasich would be over the top.

I think if Jeb Bush’s proposal were to double the EITC for all filers rather than expanding benefits for small sub-sections, he would probably get a lot of support from the American public. Of course, his policy would have to be ratified by the ultra-conservative wing of the GOP during the Primaries before we could even put this to the test, which doesn’t seem likely because of how much it would look like we were giving out handouts / re-distributing the nation’s wealth. As it stands, Ted Cruz may have the best suggestion in terms of the EITC. This is hard for me to say, because I am strongly skeptical of Ted Cruz’s policy decisions. Though Kasich offers a smaller expansion to the EITC, I feel inclined to suggest that he may have the right idea. It is impossible not to acknowledge Kasich’s superior budgetary skills and his record of compromise between parties for the greater good. In other words, though Cruz’s policy is more appealing, Kasich’s ultimately feels more appropriate simply because Kasich is a better candidate than Cruz.

Whatever we do with the EITC, the most important thing is that we make changes in the IRS. Without eliminating the hurdles between taxpayers in need and getting their EITC benefits, the policy suggestions of Bush, Cruz, and Kasich have little value.

Currently, there is no sensible middle-ground of a moderate increase of the minimum wage coupled with an expansion of the EITC. Without looking at any other issues, it seems pretty clear that Hillary Clinton has the best policy to help poor families to make more money. I’m a little bit scared of what would happen if Sanders and O’Malley get their way. As for Bush, Cruz, and Kasich, there’s a decent chance that their policies would result in negligible gains. Over the next few months, I expect that the journey toward defeating debt will bring us an even greater sense for economic policy and with it the ability to better evaluate the candidates.