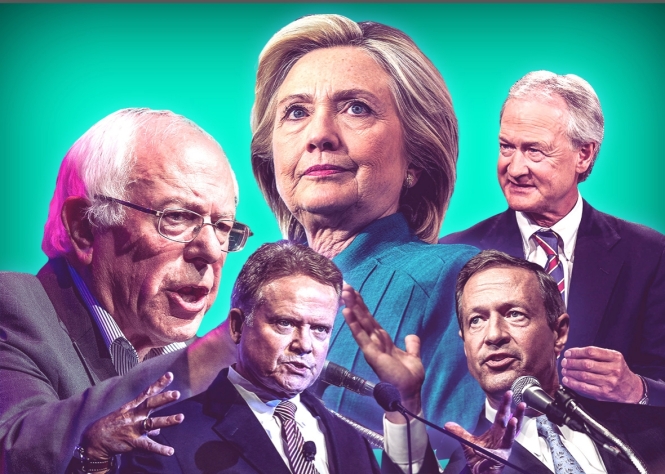 Before writing something intrinsically political in nature, one must always ask, “Is this going to be worth the effort?” Certainly, there are a lot of hot topics raised by the Democratic Debate the other night and the normal social media response is to ignore everything that has been written, lump the writer into one of two possible realities, and take a giant dump over everything that has been said. In almost any other situation, I would have decided to stay silent regarding the gathering of Hillary Clinton, Bernie Sanders, Jim Webb, Lincoln Chafee, and Martin O’Malley. I haven’t been following the rhetoric that has been used on the campaign trail, and until very recently I didn’t know anyone was actually running against Clinton for the democratic vote. (I had originally thought the Bernie Sanders was an Independent candidate, and only a week ago did I learn that Joe Biden was in the Democratic race. Oops.)

Why did I break down and decide to write anything about the Democratic Debate? It really comes down to this: the candidates present were required to deal with issues that are very close to my heart, specifically the student debt crisis and the criminal acts on Wall Street that brought about the 2008 recession. Originally, I had hoped that Elizabeth Warren would have become a Democratic forerunner and Ron Paul a voice in the Republican debates, the idea being that if we had people on either side of the aisle critical of Wall Street the other candidates might be forced to take a position now and take action later. Whether Sanders and Paul’s son Rand (who I have yet to see resemble his father in terms of true courage and vision, but who I hope will come around) are going to be enough to push this issue forward for at least another twelve months remains to be seen. However, the Democratic Debates leave me hopeful in this regard.

There was something really wonderful that came from my viewing of the Democratic Debates, namely a belief that these candidates project an image of being devoted to unpacking complicated ideas and educating the American public. This piqued my interests and forced me to put on my philosopher hat. Throughout the debate I was reminded of the fundamental two questions that underlie this event:

If you want to watch the full democratic debate, it is available, at least for a limited time, on YouTube:

(By the way, hit me up if the YouTube video dies. I will try and find another posthaste.)

Perhaps just as important, if you’re going to put together an informed opinion on the candidate, you should also check out the article “FactChecking the Democratic Debate” from FactCheck.org. This is a great resource for basically any speech or debate that you watch, because, whether purposely or through a slip of the tongue, the truth is often obfuscated at events like this and you deserve to know when this occurs.

I am not offering reflections on the politics of the candidates, but rather a personality profile. You have seen political rundowns everywhere. My intentions, as usual, are much more philosophical in nature. I am perfectly OK with questions remaining unanswered. With that in mind, Hillary Clinton was the most presidential candidate at the debate in just about every meaning of the word. She held herself like the Chief Executive of this nation and years of experience oozed through every word.

Keeping this in mind, I want to make a recommendation. We are better off as a nation without Hillary Clinton for president. Yes, that sounded like troll-bait, but let me finish this thought. Clinton is the type of politician who is gifted at fulfilling a role. She is at her best when she is allowed to be bold and fierce dealing with very specific policy issues and situations. That is not the president’s job. The danger of having Clinton in the oval office is that she would attempt to do too much of the work herself. Watching this debate has helped me develop a fairly stable concept of the definition of a good presidential candidate. The president ought to be a visionary leader and first delegator. In many ways, I have more respect for Clinton than any of the other candidates present, and it is clear to me that though she wasn’t the loudest voice she certainly won the debate, but that does not mean she should be president. You don’t want an experienced martial artist in the world as your chief filing clerk, not when there’s ninja-ing to do. Similarly, you don’t want Hillary Clinton tied down by the chains of being the public face of the United States of America. 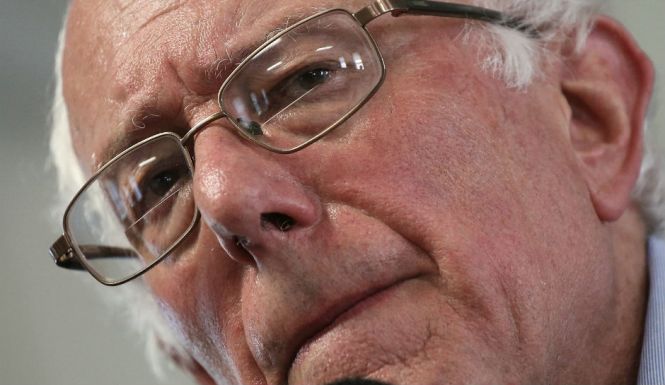 I want to further expand my concept of first delegator from the previous section. Despite strong opposition in congress, Barack Obama is one of the greatest presidential success stories of recent history. Obama was elected because his vision inspired young people on college campuses and social media, the people who, over the next eight years would be starting families, buying houses, and embarking on careers, the bread and butter of a healthy economy. He was often criticized by people close to the administration because he would set an impossible goal for his team members and expect them to carry it out. He would delegate important movements forward in policy to his cabinet, to members of congress, and most important, as an activist President, Obama delegated the majority of the work to the American public.

In retrospect, it seems unfair to devote so much of my Bernie Sanders discussion to President Obama, but if you want to see what Sanders stands for just log onto Facebook. It seems pretty obvious what matters to the dude. What we know from all of our friends who are intoxicated with/possessed by Bernie Sanders is that the man has a vision for the country. He may not have been the most prepared for the debate, and he is certainly rough around the edges, but it is possible that he is about as close to the definition (that I have laid out above) of a President that we currently have in the running.

Bernie’s greatest moment helps me to tease another concept that was pretty evident at the Democratic Primary, a concept that Martin O’Malley will tie together for us, which is that these candidates have slight differences in policy but emerge as a strong group of allies. Here’s Bernie’s perspective on the email scandal: 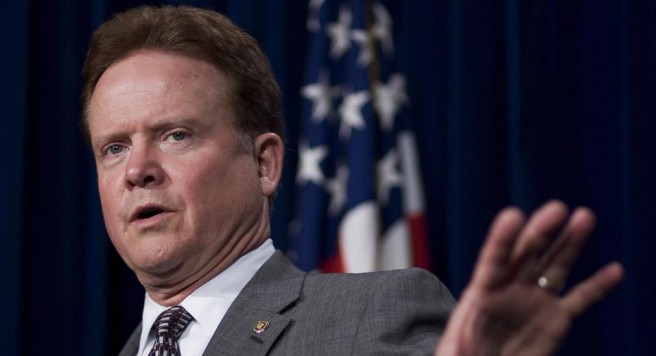 I have a few friends in the military, and many of them are the most solid, compassionate, and capable people I know. During Webb’s introduction, I got the same feeling from him. Furthermore, along with Clinton, Sanders, and, honestly, all the other candidates, he had a tendency to address negativity with a desire to provide context and education. He was put into a difficult situation regarding comments he’d made on Affirmative Action and gun control, but he took the time to address subtle points. I haven’t watched much news coverage, so I don’t know if that comes across in their summaries, but it was seriously refreshing.

The most important thing Webb brings to the table is legitimacy for the Democratic Party. It is often said that the “independents” decide an election, and I think this is true though the veracity of this statement really depends on how you define “independent.” What independents (and many Republicans and Democrats, for that matter) want is a group of people who are going to listen to one another. They want two parties coming together and bills passing with bipartisan support. Webb takes conservative stances on self defense and other issues, but he is careful and incredibly thoughtful, re-imagining Republican ideals in a Democratic light.

I don’t think Webb is the next president, though. I liked him. He was refreshing, but I think he is, at best, the #4 candidate out of the 5 candidates president. Webb is, like Clinton, a skilled roll-player. He belongs in the president’s cabinet, and like my comments about Clinton — this is a compliment and not a show of disrespect. In service of your nation, it is not your job to climb as high as you can; it is your job to put yourself in the role that best suits your skills. Webb would make a great Secretary of Defense or Secretary of State.

Lincoln Chafee came off as soft-spoken and a little bit creepy, but I can’t fault him. He was part of a pretty strong group of candidates and kept the conversation interesting. He was much more comfortable giving pre-written speeches than debating, but that is really no reflection of his skills as a leader. Chafee is running on a “results matter” platform, and I have no reason to doubt the results that he spoke of often. Ultimately, Chafee is yet another role player.

There were a couple of moments where O’Malley came on strong and I thought: that right there is what a president looks like. I mean this in terms of appearance, fire for justice, and professionalism. Unfortunately, his presidential feel was not as consistent as Clinton’s. Otherwise, I think he might have been a real forerunner, someone to deal with.

In retrospect, I honestly don’t think that O’Malley is running for President. If Clinton is elected, she will be the first woman president, and that is a big deal. With the Republicans in disarray attacking anything that is dangled in front of them, Biden, though not present at this first debate, has a great deal of strength. He’s incumbent-adjacent, to say the least, and that means everything for people who don’t want a Republican in office but who also don’t want Hillary. As for Sanders, he’s got a lot of regular people behind him, and if he can only get them out to vote he might have this sealed. Realistically, one of these three people will probably be elected President.

So, what are Webb, Chafee, and O’Malley even doing up on this stage? Webb and Chafee might actually believe they have a chance, but I believe O’Malley has something else in mind. I think he’s honestly trying to gain enough support so he can attach himself to the winner of the primary and become the next Vice President of the United States. If my thoughts are true, he may be the only one on that stage who knows what his role in the future of this country is.

The fact of the matter is that O’Malley has become perhaps the most important Democrat in America. He may not be President in 2016, but his closing speech may have something to do with whether or not a Democrat is sworn into office at the conclusion of this election cycle. Here’s the clip:

Ultimately, the viewer needs to decide whether or not they just witnessed a debate between rivals or the proceedings of a future cabinet. As for my educated opinion, I’m not sure I have one, but having only the experience of this Debate under my belt I think that Sanders will be our next president, O’Malley will be his running mate, and at the very least Clinton will be in his cabinet, perhaps accompanied by Webb and Chafee. I do want to check out the Republican Debates. From what I’ve heard (from both Republicans and Democrats), it was a little bit of a sideshow, but that’s honestly what I’ve come to expect. I just hope to see one or two people devoted to their country more than to their own ego, because if the party is to be defined by Donald Trump I honestly think they might be best served diverting their efforts toward preparing a candidate to run against Kanye West in 2020. 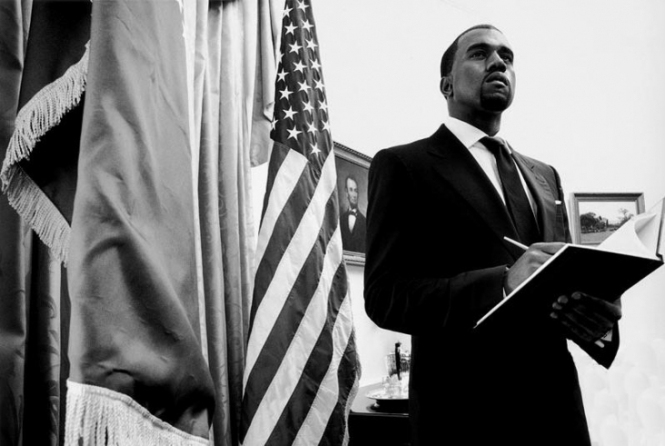 People are already talking about it.